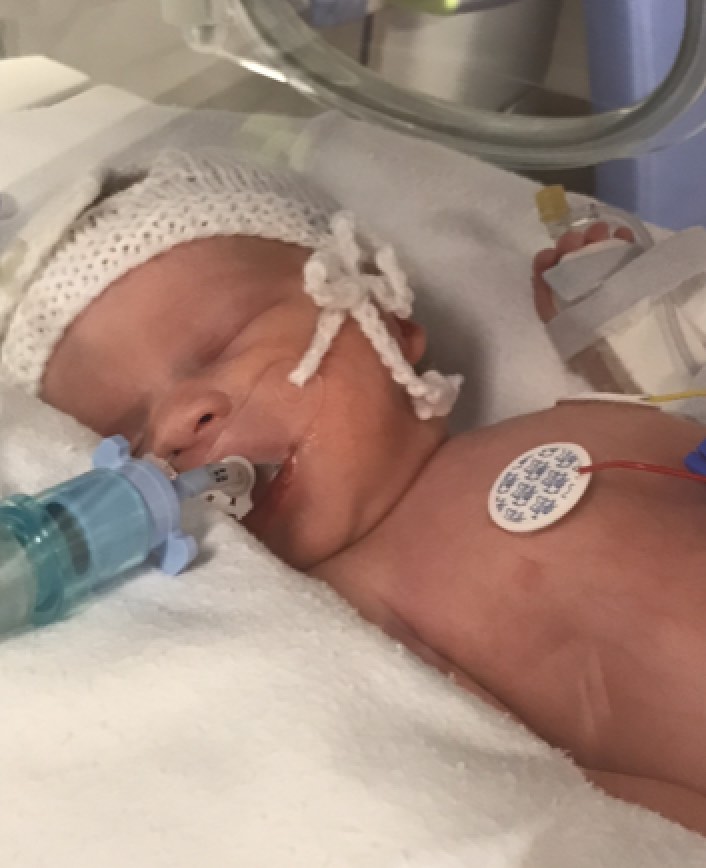 Our journey started at 32 weeks and 2 days when I had a major bleed, only a few days after being sent home from hospital after a smaller bleed. I was monitored as soon as I got to hospital but there seemed to be a problem with my baby’s heartbeat dropping then coming back again. I was monitored very closely throughout the day and overnight but in the morning the concerns grew over the heartrate of my baby. The midwives and staff were so calming and reassuring explaining that they were only picking up my heart rate and not my baby’s, and was my partner on route to the hospital as he needed to be quick as they were going to press the emergency button on the wall and everything would go crazy very quickly. (He was stuck in good old Gosport traffic!)

As soon as they pressed the button, she wasn’t wrong it all went very crazy. It was a very surreal moment; I was being rushed down the corridors people shouting clear the way and other technical terms. I was taken to a side room where there were about 10 people waiting for me. I just wanted my partner there and hoped all was going to be ok. I had a few people talking me through what was going to happen and that I needed an emergency c section as they were losing the baby’s heartbeat and were concerned. Due to me having a low-lying placenta I was told that my partner wasn’t allowed in with me (he’d arrived at this point) as there was high risk of blood loss and may need a transfusion so would need to be put under.

At this point they monitored the heart rate again and it had come back to where it needed to be so everyone calmed down a bit and was put back on monitors again. After a couple of hours they asked me to move positions, it seemed every time I laid on my side the heartbeat dropped again, so the red button was hit a I was off again, into theatre this time.

Within minutes of being in there I was asleep and not knowing anything. At 32 weeks+3, at 12:14 weighing 3lbs 14oz our baby Freddie was born. All I wanted was the element of surprise finding out what we’d had and I never got that, I can’t even remember being told we had a boy as I was in such a daze. I just remember being told Freddie was safe and well, he’d been taken straight to NICU. They explained that he had is cord wrapped around his neck twice which would have been strangling him when I was moving.

My partner was allowed to go and visit him first and prepared me for what to expect as he was in his incubator with tubes etc all over him, which was so upsetting to see but a relief at the same time that he was safe and well.

Freddie progressed well, only on oxygen for 12 hours, went from intensive care, high dependency to special care within a week but decided he quite liked it in there! His only issue was he’d fall asleep during his bottles so wouldn’t take enough feeds in the given time so would have to be fed down his tube. It was hard seeing babies come in and then leave whilst we were still there, but one day Freddie pulled his own feeding tube out and decided that he wanted to come home and did what he needed to do to get him out of there. After 4 long weeks we took our baby home.

We will never be able to thank the staff enough that day for acting as quick as they did and keeping our baby safe. And for all the absolutely amazing staff in NICU for their support at the toughest time you can ever imagine. 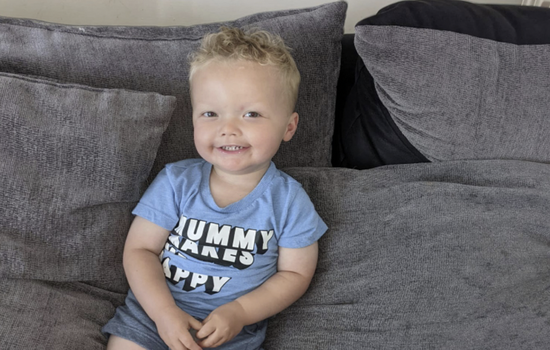