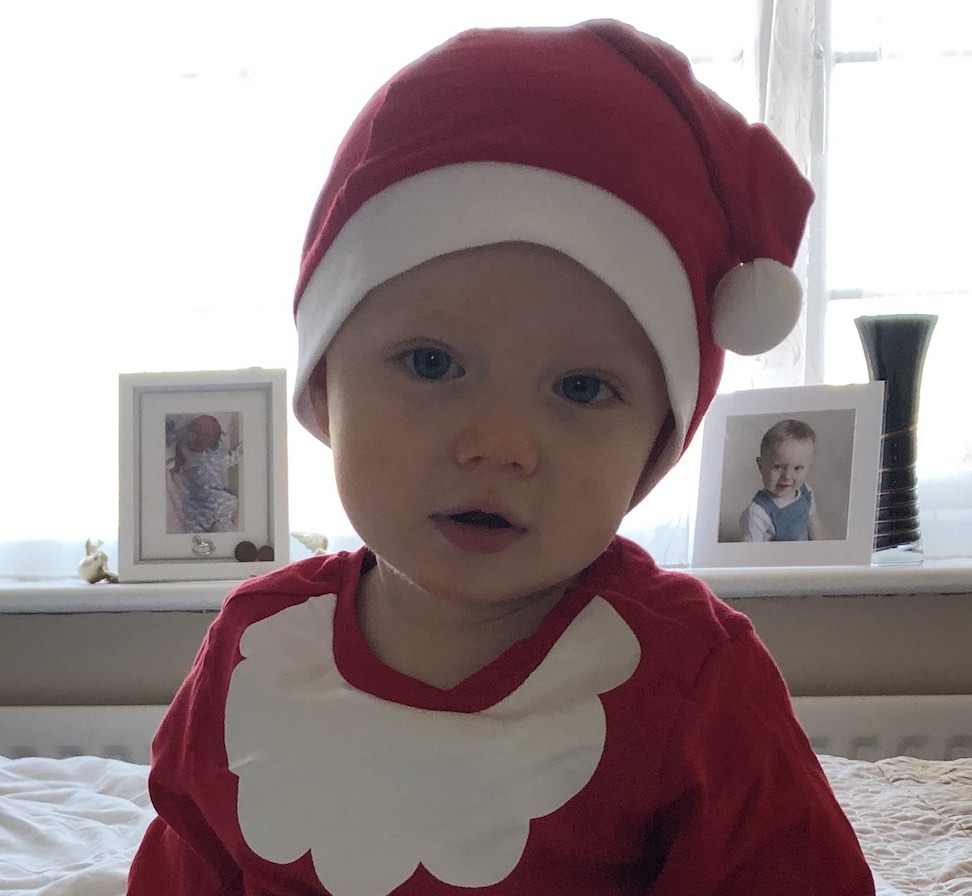 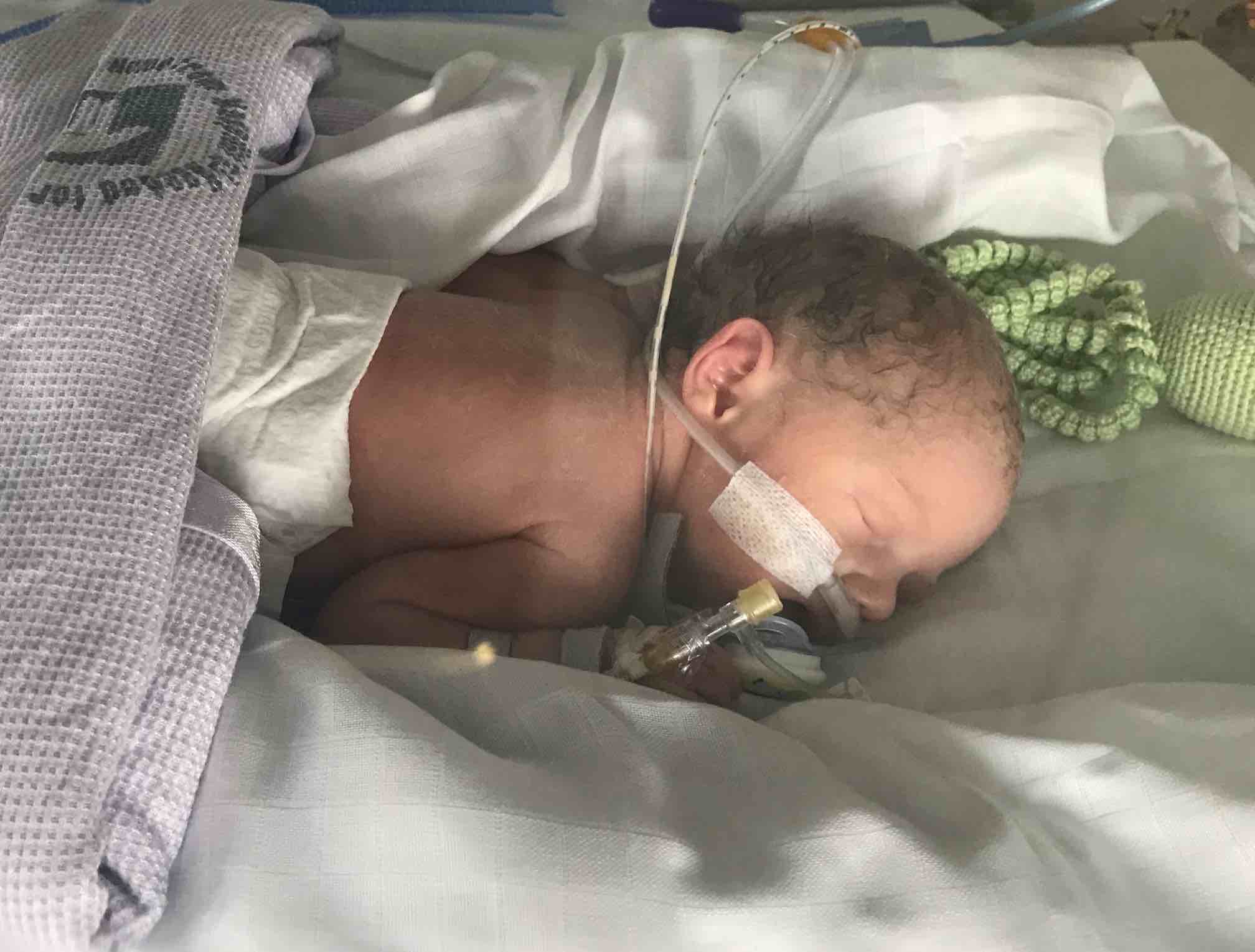 At 6pm on the 5th August 2018 unexpectedly my waters broke, we phoned the labour line and were told our local hospital Princess Anne couldn’t take us, and would we be able to get to QA. Just as we parked up my first contraction came, it was completely bearable. We rushed into the hospital and after form filling were shown into a side room where we were well looked after by midwives and support workers.

During this time, we were repeatedly told that our boy was in the head down position and ready to go, that was until the doctor came in and checked me over, telling us that they were wrong and that he was breach but not to worry as I would be given steroid injections to try and slow down the labour and help the baby. But unfortunately our little man had other ideas, several hours later (unbeknown to me) I was having “hard and fast” contractions and was told by the midwife looking after me that he was ready to go! After being checked over and talking to the doctor again it was decided I should have an emergency c-section as they couldn’t confirm how quickly he would be delivered, and could become distressed as he was still breech.

The next part of the labour is a bit of a blur, I remember within about 30 minutes talking to an anaesthetist, a counsellor and a neonatal dr before signing a consent form. The next thing I remember is how relaxed everyone in the room made me feel during the procedure, and then very quickly seeing my little boy before him being whisked off to the neonatal unit. Sebastian was born at 4.59 on the 6th August 2018.

I then didn’t see him for 6 hours. I don’t think I will ever forget that feeling, laying in a hospital bed alone without my baby. I watched a video and looked at photos that my husband took of him when he had gone to see him in the NICU but it wasn’t enough. I didn’t feel that I would ever get those hours back, and I was right. Even though I spent every single second I could with him during his time in the NICU I still feel I lost that time. However, I made every second from then on count. Every time we were told that he might not be able to do something as he was premature, I stayed positive and he proved them all wrong.

I count us very lucky in the fact that Sebastian only stayed in hospital for 12 days before being discharged. He was a real fighter and I was determined to be his mum, like I would if we were home. I did all his day and night feeds, even when the nurses were pushing me to sleep or rest, and I spent all day giving him kangaroo care. I feel this had a big impact on his progress. I also was very lucky to make friends with another mum in the NICU, looking back this helped my mental health. I was not alone during the 3am feeds. I had a buddy, someone who had some idea of what i was going through. As it was hard to even describe to my family and friends. But things got better everyday from then, he continued to thrive daily.

He is now a healthy 17month year old, and although he may be a little more petite than some his age,  his energy, speech and determination continue to amaze us everyday. I don’t think anything could have prepared us for our NICU journey, and I know we are more fortunate than others. But I think it’s important that the experience and impact of premature birth is shared, as until it is you that is scared of holding your own baby who is smaller than a doll it’s very hard to understand.