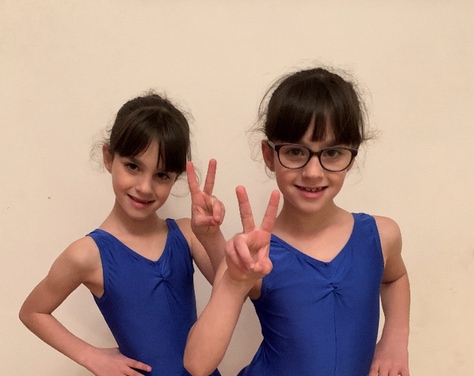 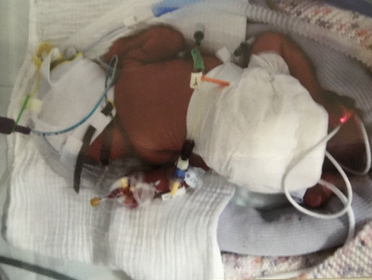 I was having fortnightly scans and consultant appointments as my twins were sharing a placenta. These were just the usual routine BP and urine checks so I was never worried. Until one day at 30 weeks my consultant very calmly told me that due to high protein in my urine and a worryingly high blood pressure of 184/110 I would need to go to QA.

Once there, I was told I had preeclampsia and that I would be in there until my booked c-section at 37 weeks. However after a week of trying to lower my BP with medication and the symptoms of Preeclampsia getting worse they made the decision to deliver my babies early at 31 weeks for the safety of me and them.

The day before they offered to take me and my husband on a tour of the NICU and I remember feeling very dazed and didn’t really take it all in.

My twin girls were born on the Friday afternoon just after 3. I have never been so happy. However, after one second of looking at them they were taken to NICU by the NICU nurses. The next 7 hours were the longest of my life. My husband got to go and see them and take pictures to bring back and show me. I eventually got to see them around 10/11 that night. I was still so dazed and just could not believe how tiny my little girls were, and all I could do was look through the incubator.

The next morning me and my husband went to see them and then it hit me, all the wires and beeping machines were there to keep my girls alive. I was actually physically sick in the intensive care part of the NICU - enter the most amazing nurses! For the next 6 weeks I honestly felt like they cared for my girls as if they were their own. Leaving every day was made easier knowing they were there. They taught us how to change nappies through the two little ‘doors’ of the incubator, how to cuddle our girls without pulling at wires or breathing equipment, how to feed them milk via their tubes, and they were there for us. Any little wobble or set back they were there.

I will never be able to thank those nurses enough for the care they gave to Lacey and Poppy and how they helped us through the whole process.

Once the girls ‘graduated’ from NICU we even had their community nurses visit us a couple of times at home. That is when I found out more about Ickle Pickles, who, still to this day, nearly 8 years later, are still there for us.