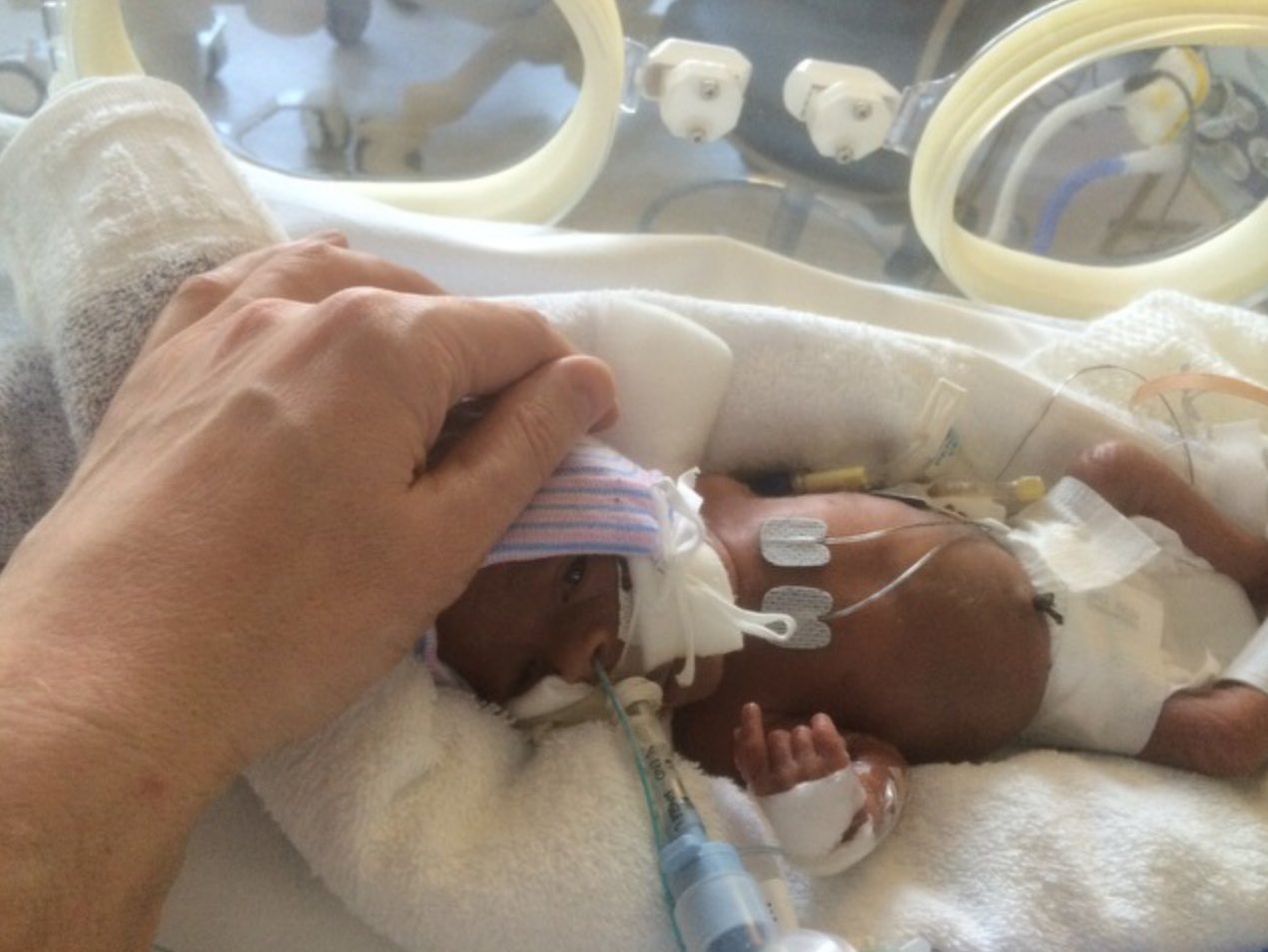 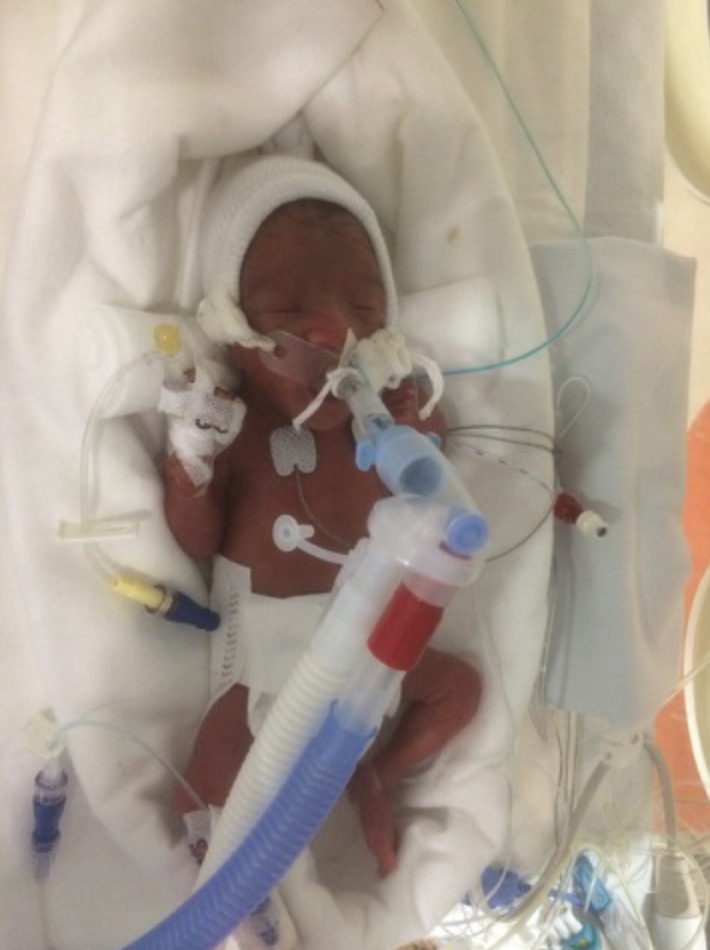 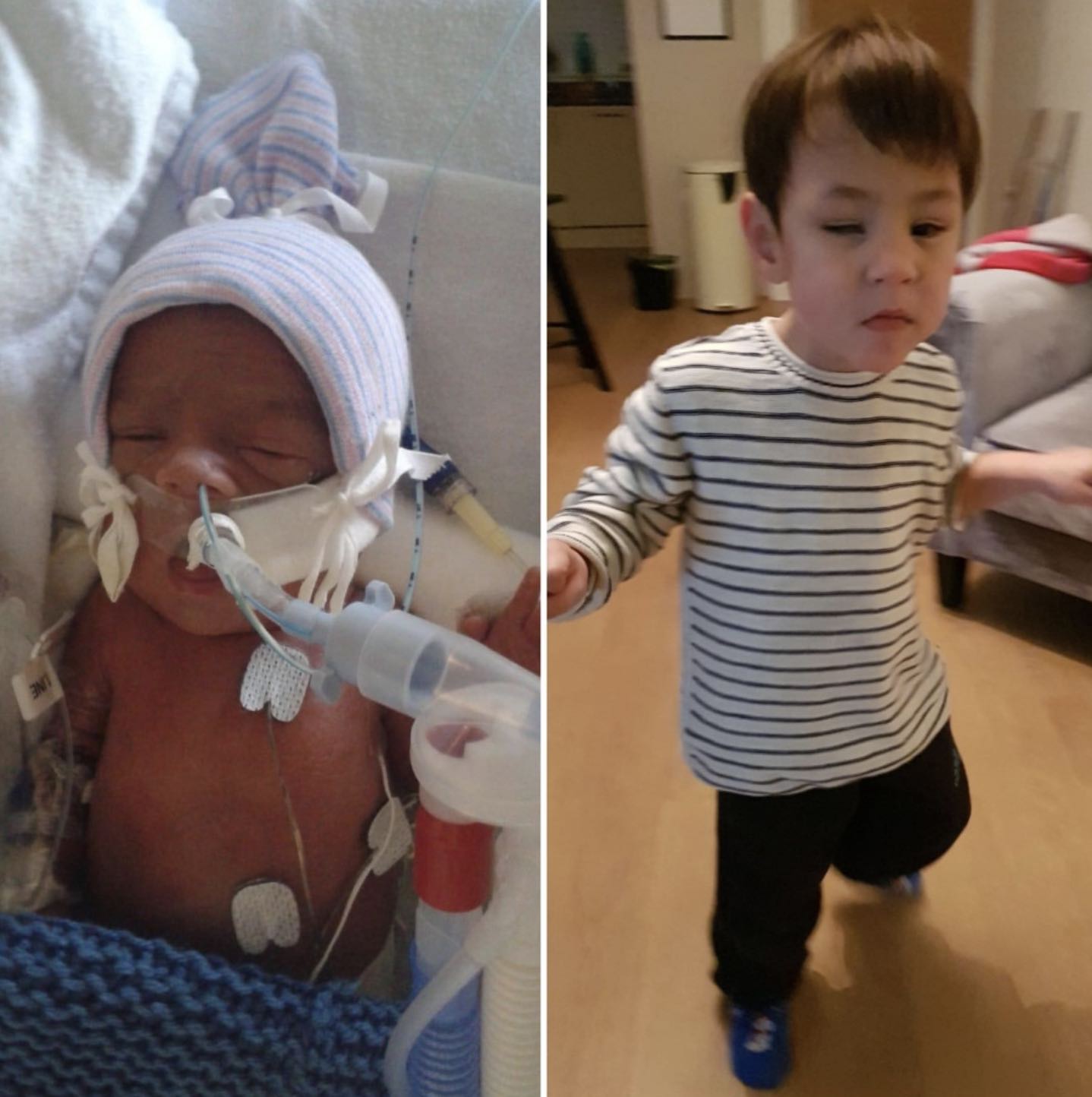 Jack and Harry were born on 23rd December at only just 24 weeks. In fact it was 23 weeks and 6 days.
At the time, James and I were living in Stratford upon Avon and working in Birmingham. I had just taken early redundancy, whilst in 21 weeks of pregnancy, as I wanted to be a full time mum. I was hoping to be able to put my feet up for a few months before the babies arrived. Also at the time, we were in the process of selling our house. There was a delay in the sale and so we decided to spend Christmas with my parents in Peckham Rye, London.

In the early evening of 23rd December, whilst preparing dinner, I had pains in my abdomen. This came and went. It was very uncomfortable. At around 8pm, whilst in bed watching a football match, the pain got worse and more frequent. I thought this must be Braxton Hicks as it was too early for labour. Eventually the pain was getting too much, so James drove me to King’s College Hospital. We were seen quite quickly. As soon as the obstetrician examined me, he said I was in labour. We both thought ‘no way, they won’t survive’. Whilst chatting to James about what they would do next to delay labour, I felt so much pain, I screamed. They rushed me to the theatre. I remembered being surrounded by at least 10 medical staff. My waters broke and all I felt was relief as the pain subsided. Jack was breached and he arrived out foot first. Harry arrived about 15 minutes later, although it seemed like 2 minutes. They were both put in incubators. The neonatal consultants told us they had 10% chance of survival. I think since then, I have been living in a bubble. I was very naïve in thinking they look perfect and will just be in NICU til their due date.

Sadly after 20 days, Harry passed away peacefully. He was just too small. We didn’t have time to grieve as we had Jack, who was still fighting for his life.

At 5 weeks old, Jack was diagnosed with NEC (necrotising enterocolitis) so he had to be operated on. It took 4 operations before the NEC was finally banished. He was so brave to go through so much at such an early stage of his life.

At 5 months old, Jack was eventually diagnosed with ROP (Retinopathy of Prematurity) stage 5. He is blind. I cannot tell you how devastated I was. After everything he has been through and fought, it seemed so unfair and I think my world fell apart. But given the number of times when we could have lost him, it was a miracle that he is still with us and that is such a blessing.

Eventually after 209 days in NICU we were finally allowed to take him home. Our little hero home with us on the first night was wonderful, scary and extremely quiet. No beeps, no alarms. And no trips to NICU.

The first year has been one of the hardest. Once you have your baby home, especially a baby with special needs, this is a whole new journey. I felt alone, stressed from all the health issues, constant appointments and need to get him to gain weight. It was overwhelming. I was clinging on to the friendships I made with other mums to keep me going. We didn’t meet but kept in contact via WhatsApp. I will be forever grateful to these mums.

Although those times were challenging, there was also lots of joy. Seeing your baby thrive and develop in ways you couldn’t have imagined, is just pure joy.

Jack is now almost 6 years old. He goes to a special school for children with visual impairment. He is walking, being very independent and learning to piano the piano. He enjoys music and happily hums tunefully to the Incy Windy Spider song. He is a very cheeky but happy little monkey.

Thanks to the care from all the doctors and nurses in King’s College Hospital NICU, our miracle baby is with us today and thriving.

It is also through King’s that I got involved with Ickle Pickles. I run a monthly coffee morning for parents who have been through the NICU journey. We share experiences and proudly show off our babies. Sharing my NICU journey is like counselling to me. It also helps me to support other parents, as I don’t want them to feel alone, like I did. I want them to know there is support out there if you open up.