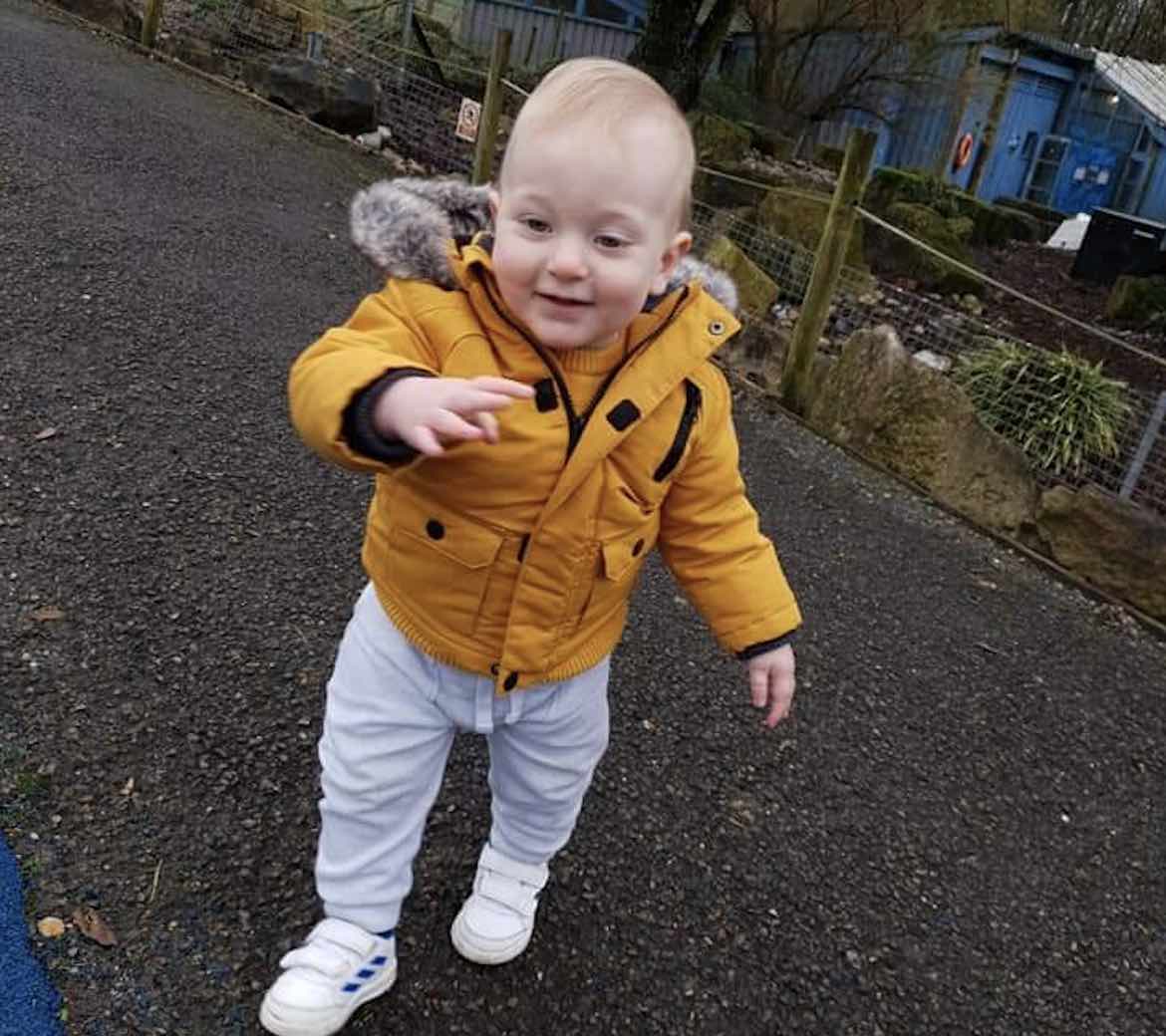 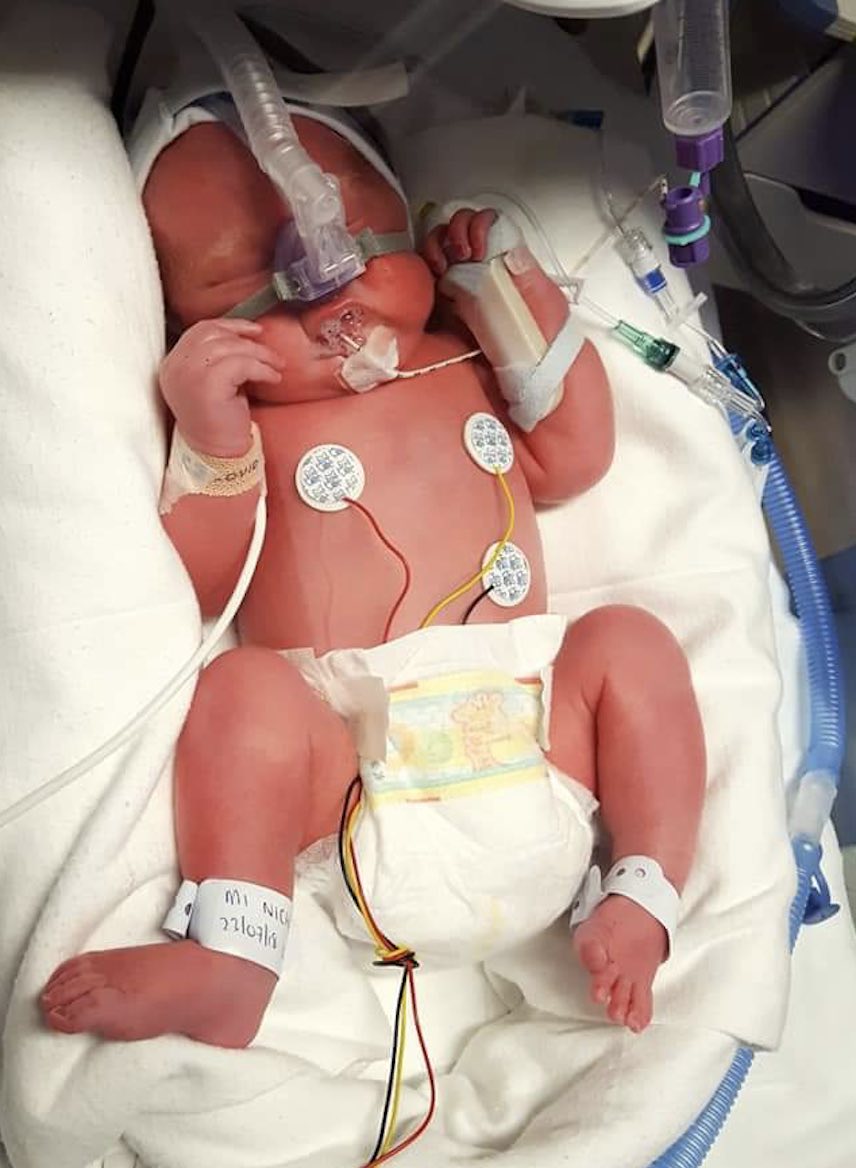 We were absolutely delighted to find out I was pregnant and expecting a little boy on 8th September 2018.

My pregnancy was fine, I was very big but the midwife didn't think it was anything to be concerned about.

My sister organised a surprise baby shower for me at 33 weeks, a surprise it was! My waters broke in the middle of opening the babies gifts. I didn't have any pains though so I didn't panic, I just called the maternity ward very calmly and they said to come straight in with my notes.

I went up to the maternity ward at QA and was admitted for 5 days to make sure the baby didn't get an infection. I dilated 1cm so I was given steroids to mature the babies lungs just incase he made an early entrance. I thought I was having back ache but 2 days later I went into labour. He was breach so the consultant suggested an emergency C section due to his position and gestation.

He arrived at 10:35pm on Monday 23rd July 2018. I got a tiny 'here's your baby' and then he was whisked back again with the surgeon, the alarms went off and suddenly a calm operating theatre became very busy. The doctors worked on getting Ezra's breathing going with cpr and after 10 minutes we heard the best sound ever. He cried for the first time. I've never been so scared in my entire life. I saw him briefly before he was taken to NICU. The midwives gave me a photo of him, that I was showing to anyone who came near me. One very proud but very shocked mummy. My partner was allowed to go and see him an hour after he was born. I couldn't go though until my spinal block had worn off the next morning. I'd never imagined not having him with me after he was born.

The next morning I was allowed out of bed to go and see him. He was tiny but at 6.2 pounds he could have been smaller. He was given help with his breathing, help with his sugar levels, he was on antibiotics for sepsis and was under blue lights for jaundice too.

Whilst he was on the NICU ward the doctors and nurses were great. We got the reassurences we needed and then time with our baby. Unfortunately because he was being fed through a central line in his tummy we couldn't hold him for a week that was so hard but we were so happy he was ok and we quickly learnt to change him and give him skin to skin cuddles through his incubator.

After a week things progressed fast, he wore his first outfit,  we bathed him and then I got to hold him, this was single handedly the best moment of my life.

He came home 2 weeks later after his sugars had stabilised and he had learnt to breast feed.

We can't thank the staff at QA enough for the help we received during my labour, in NICU and the year after whilst Ezra was an out patient. He's doing amazingly and was discharged from his consultant in December 2019 with no long term effects. We are now having a second child in April but he could come early too , even if he does we know he'll have the best care possible.