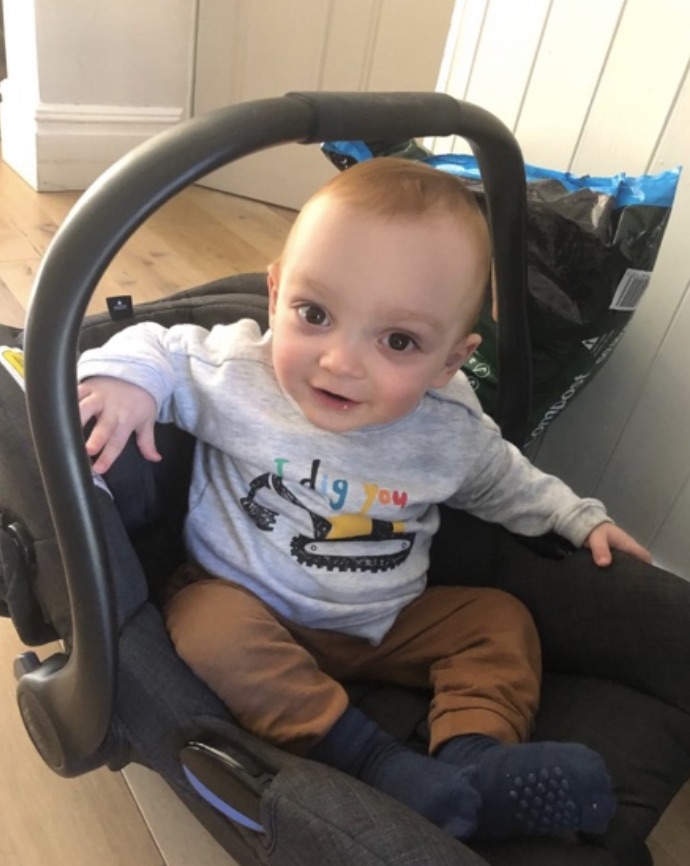 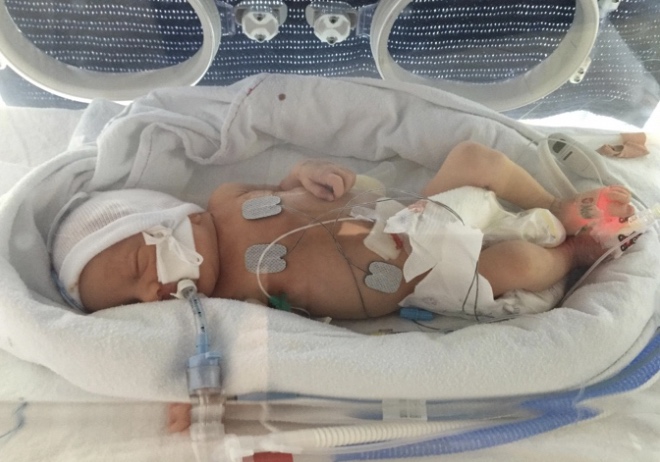 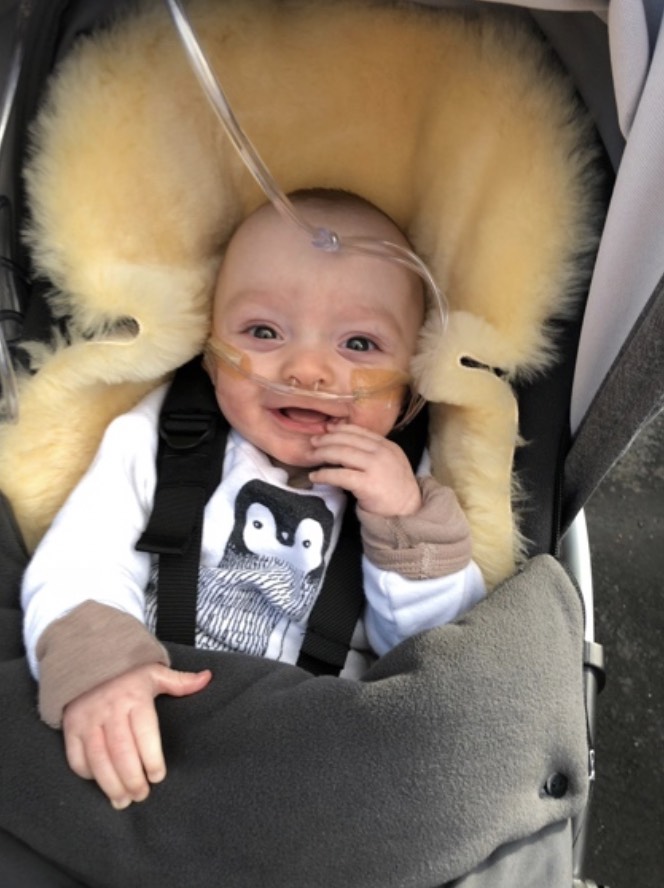 Arlo was delivered by caesarean on 31st August at 34 weeks, weighing 3 lbs, 15 oz. My waters had broken on 29th July at 29 weeks and became a long-staying resident in the antenatal ward to monitor me and Arlo.

The premature rupture of membranes (PROM), resulted in low amniotic fluid levels, a condition called Oligohydramnios. This meant Arlo’s lungs didn’t develop as much as they should have and he was diagnosed with pulmonary hypoplasia (which just means his lungs were a bit small), so he needed some assistance at birth with his breathing and was ventilated in the incubator for a few days, followed by oxygen. We got him home on 10th October, one day before what was supposed to be his actual due date and he was on home oxygen until he was 14 months old. We were quite nervous about having the oxygen at home, but we were given training in NICU and it soon became second nature.

This is Arlo now at 19 months old. He is a happy chap with an adventurous spirit, has just started walking and is at nursery 4 days a week. He is still seen by the paediatric respiratory team for routine follow ups, but these are getting less frequent.

We are grateful to have met some new friends through our shared NICU experiences and are now involved with helping fundraise for the Ickle Pickle charity.

Thanks to all of the team in Kings NICU who dedicate themselves to caring for the babies and supporting the parents.